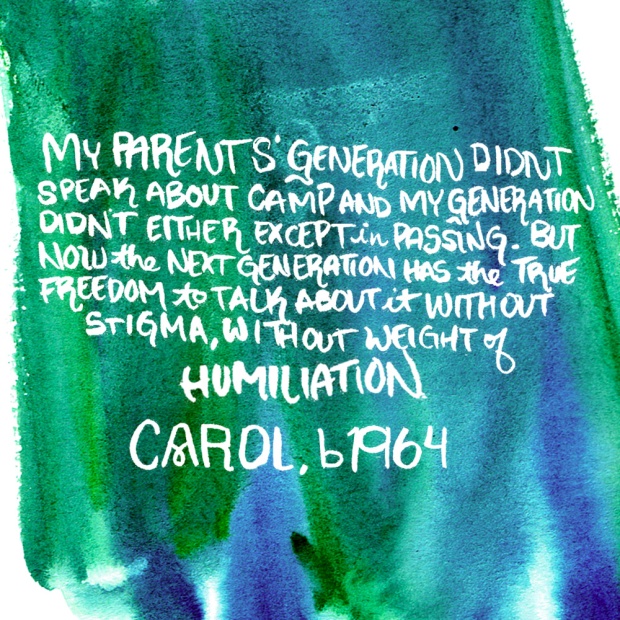 While it is on one level a microcosm– a history of five generations of our Nakamura family amid the tight-knit JA community in Chicago– it more broadly depicts both the complicated relationship between Japanese-Americans as a people and America as a country.

Through a multi-generational lens, our book looks at the lasting effects of racism and government-sanctioned trauma, and how the incarceration has shaped JA feelings towards activism and politics today. One generation’s views towards Japanese-Americans is the next’s views towards Muslims; in this way history is cyclical. We believe one  way to break such cycles of fear, xenophobia, and racism is to illuminate the past. We want to show our family’s cycle as a way to make the past personal.

Additionally, YONSEI aims to illustrate other aspects of JA identity and life, including faith, food, and family. We’ve already spent months interviewing various family members from my 89-year-old grandfather, who at 13 was incarcerated with his entire family in the Amache incarceration camp, to my 8-year-old cousin, who is t

hree-fourths Japanese, one-fourth black, and had never heard of internment before. The book will include profiles and quotes from family members, framed by a larger narrative I’ve written that brings the themes– identity, alienation, assimilation, resistance–together.